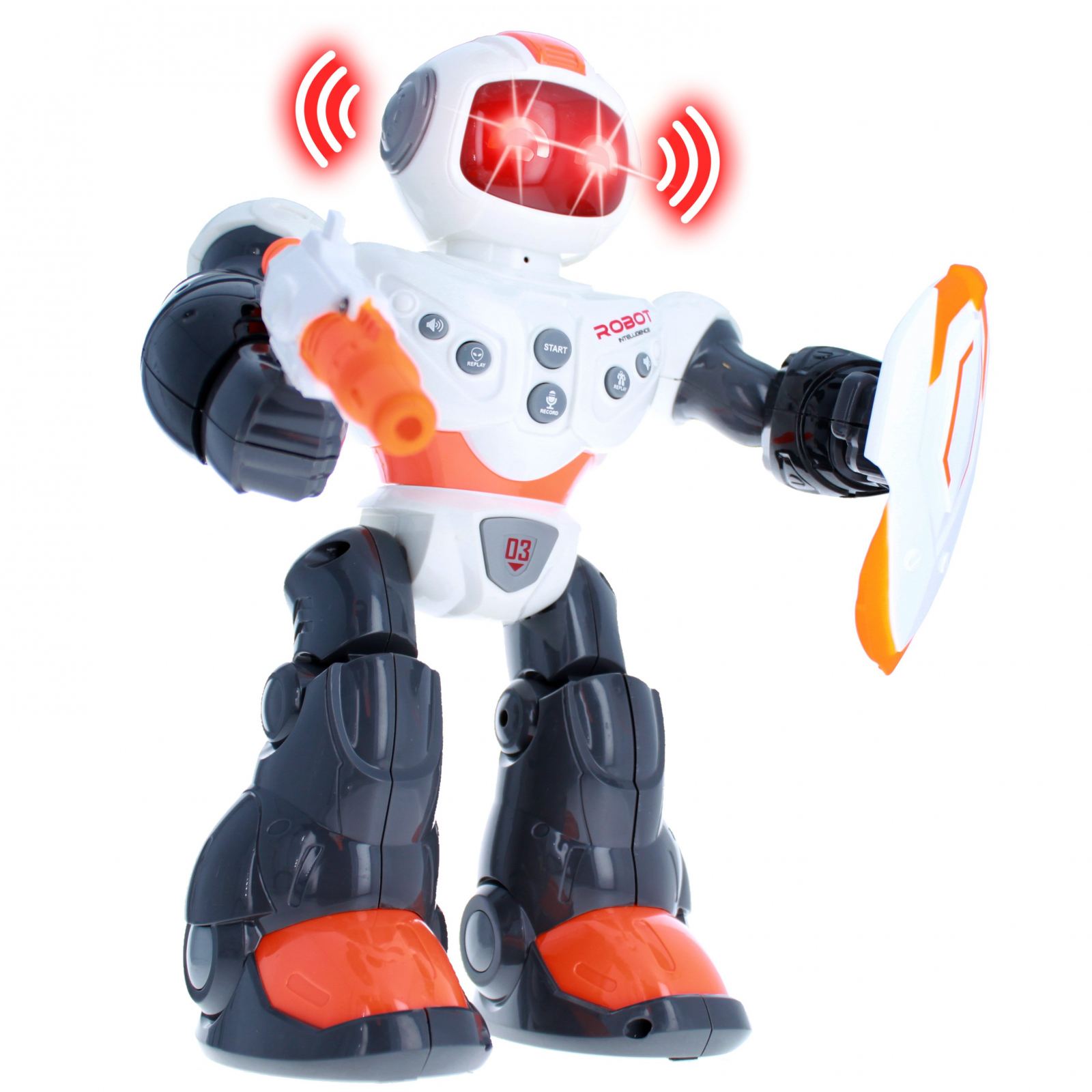 The armor robot toy can not only bring fun to your kids with singing, dancing, walking, sliding, but also teach kids science and good habits in an educational way.

This cool robot toy comes with a pretend blaster gun and a shield to protect itself during imaginary battles. Young kids will love pretenind that they are saving the planet from invaders during playtime. The robot lights up and plays sounds for a cool effect, and it even walks and rotates a full 360 degrees!

In addition to walking, rotating, lighting up and making noises, this robot has a recording function that will let your child record their very own voice for their robot defender. The robot also comes with volume changing buttons, a button for an alien reply and a button for the robot's reply. This fun action figure toy is a great gift idea for young kids and robot fanatics!