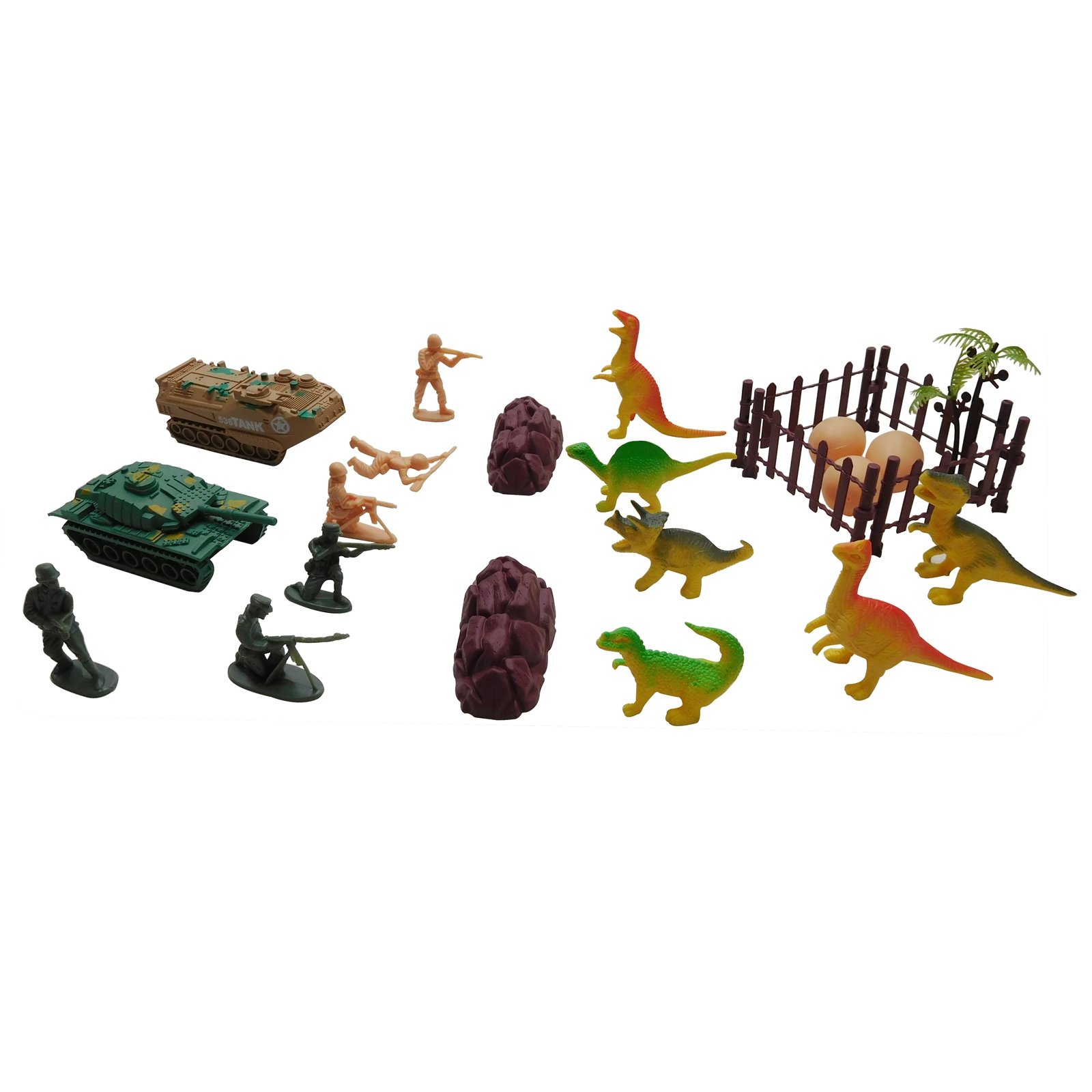 It's a ferocious fight for survival with the Epic Jurassic Dinosaurs vs Army Men Combat Action Figure Set.

The vicious battle between dinosaurs and humans has begun! This Epic Jurassic Dinosaurs vs Army Men Combat Action Figure Set includes 6 army men ready to wage war on 6 dinosaurs & take their dino eggs by force! Your child can strategically plan which side will win this brawl once-and-for-all!

Children are already fascinated by these prehistoric creatures, and this dinosaur and army men play set adds a fantastical twist that will spark your child's imagination. Your child will love the creative potential of this Dino Set!

Strategically set up fortifications with the obstacles and scenery to retrieve the 3 dino eggs or have a one-on-one combat with T-Rex, the choices are endless! This Dino Action Figure Set comes with 6 of the most infamous dinosaurs: Triceratops`, Velociraptor, Spinosaurus, Brachiosaurus, Allosaurus, and Tyrannosaurus Rex!

The Epic Jurassic Dinosaurs vs Army Men Combat Action Figure Set is the perfect gift for your imaginative child!