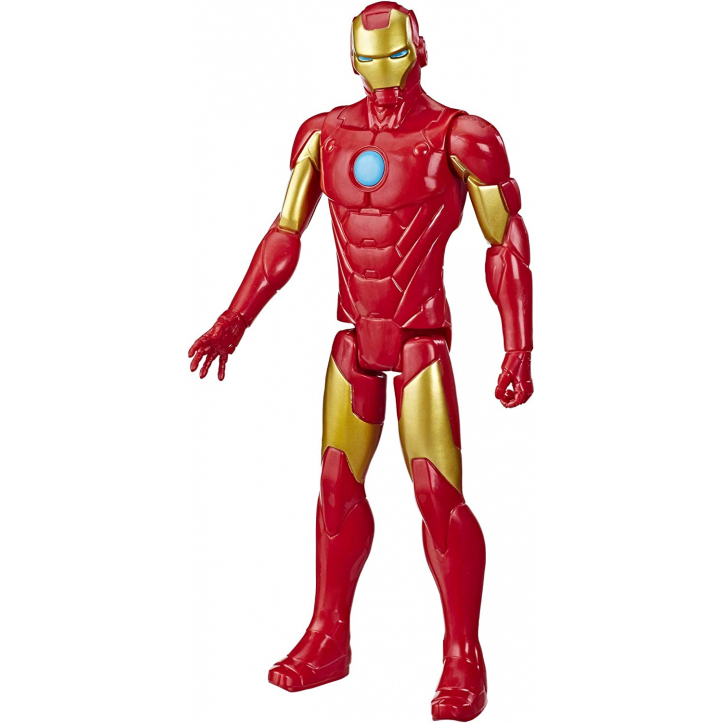 The Iron Man action figure stands 12” tall for a more realistic look than similar smaller action figures, and is a great size for little kids to team up for their own action-packed pretend play battles!

Iron Man has 5 points of articulation that are easy for kids to manipulate - they can move his head, arms, and legs for an ultimate crime-fighting adventure. He is made of durable, high-quality plastic that is safe for kids ages 4 and up with adult supervision.

About California Proposition 65 Proposition 65, officially the Safe Drinking Water and Toxic Enforcement Act of 1986, is a law that requires warnings be provided to California consumers when they might be exposed to chemicals identified by California as causing cancer or reproductive toxicity. The warnings are intended to help california consumers make informed decisions about their exposures to these chemicals from the products they use. The California Office of Environmental Health Hazard Assessment (OEHHA) administers the Proposition 65 program and publishes the listed chemicals, which includes more that 850 chemicals. In August 2016, OEHHA adopted new regulations, effective on August 30, 2018, which change the information required in Proposition 65 warnings. This product can expose you to chemicals including bisphenol_a_(bpa), which is known to the State of California to cause cancer, birth defects or other reproductive harm. For more information, go to: www.P65Warnings.ca.gov. www.p65warnings.ca.gov