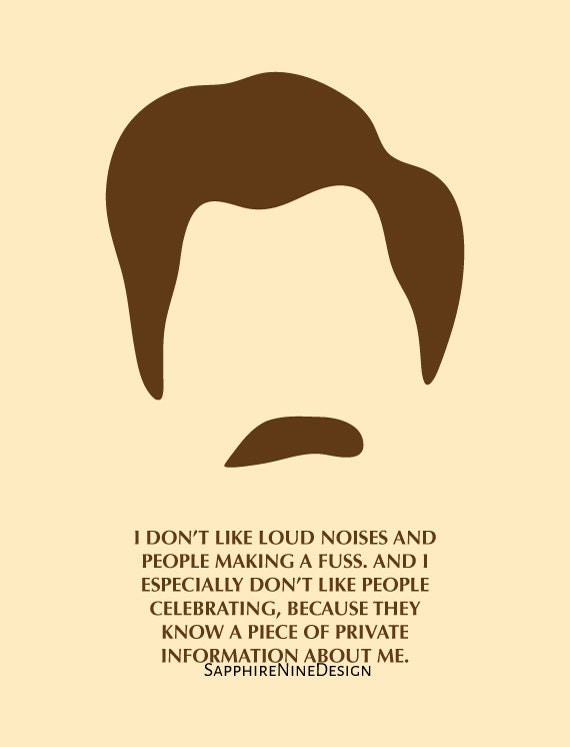 By: Shilpa / Oct 20th 2015.
If you don't already know who Ron Swanson is, then you're about to hear about the coolest dude around. Ron Swanson... Thee Ron Swanson. Master of Woodworking, Hunting, Whiskey, Guns, and all things brute.

He once made a chair so perfect that he had to destroy it.

He once took a bullet to the head and medicated himself with whiskey and advil - that's it.
He once fixed an entire houses maintenance repairs during a Halloween party. While dressed as a pirate. Impressive, no?
He once made a wedding ring out of a light fixture sconce (because people who buy things are suckers.)
Safe to say, there's really no one cooler than Ron.

Here's how to become the world's most resourceful handyman.
#1. Be the greatest woodworker you could ever imagine.
I understand that might take some practice, but here's a good place to start.


#3. But lets be real here. You can't really be hunting-fishing Ron Swanson without a trusted survival kit. What if you get stranded? Or need to immediately jet out to your forest getaway?


Now you have a quick-start guide on how to be the coolest guy around. Next step? Learn how to chug pure liquor, develop a love for Li'l Sebastian, and marry 2 women named Tammy.

Brought to you by Deals Only!